Leaks and water infiltration to the windows: the mistakes to avoid for sealing

As for everything else in the house, we decided to install our tunnel windows in our wooden frame ourselves. 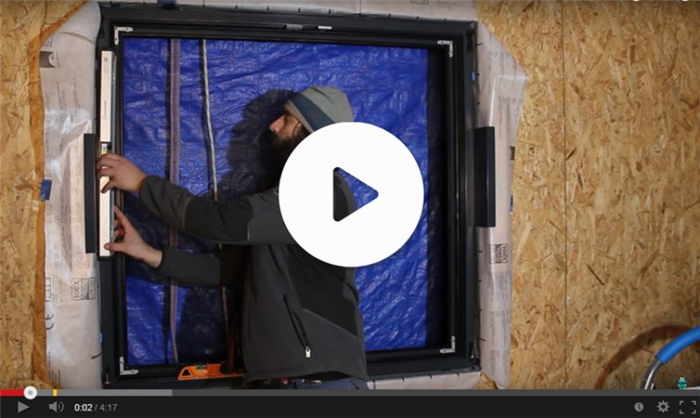 But in self-construction, we sometimes make implementation errors, more or less serious.

In our case, even having thoroughly studied the installation of the windows before starting, having paid great attention to the tightness during the installation, we had some small infiltrations on a window :/

Nothing very nasty, but as it could be useful for you, we will detail the mistakes to avoid and then explain to you how we solved our water infiltration problem at our window.

Mistakes to avoid when installing windows

As we have seen, the installation of windows must be done carefully so that the tightness is guaranteed. If this is a step that worries you, you can go through a frame and window installer and continue the rest of your self-construction yourself 🙂

The advantage is that if you have a water infiltration damage related to the installation of the window, you can turn against the professional and his ten-year insurance. 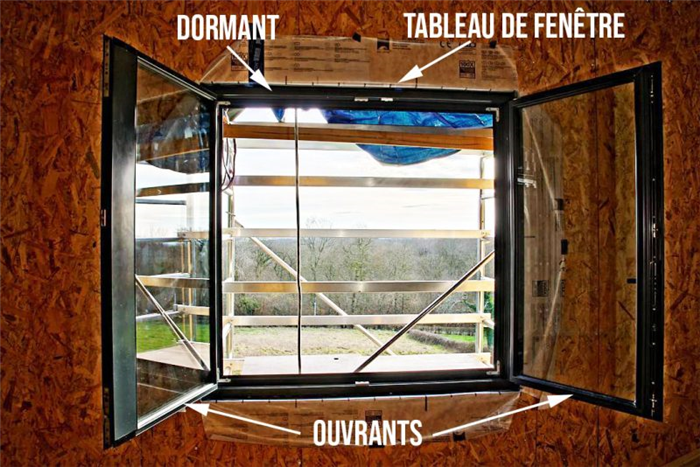 If you decide to install the windows yourself, here are the points to pay attention to :

The preparation of the window painting :

Before installing a window, it is necessary to make sure that the painting of it is ready to receive it.

On a wooden frame, it will be necessary to make the connections between the rain screen of the external walls and the window panel to ensure continuity in the waterproofing, in order to avoid water infiltration which could damage the insulation or the frame uprights.

We also check the flatness of the painting and the levels, and we check that it is very clean to be able to accommodate the frame without twisting or damaging it.

Preparation of the window frame :

It is also necessary to ensure a good seal between the frame and the frame. To do this, we put a tape all around the window frame.

This self-adhesive strip will then inflate to plug the holes between the frame and the board, and thus ensure water and air tightness. Once unpacked and glued, it is necessary to put the frame in stride to prevent the tape from unfolding before being in place on the window panel.

Before gluing it on the frame, we make sure that it is clean and dust-free so that the tape adheres well.

It is necessary to choose the compriband according to the thickness of the day that it will have to fill (there are several sizes).

The fixing of the frame :

Once the painting and the window frame are ready, it is necessary to fix the two together.

A clearance of a few millimeters must exist in order to be able to insert the frame without forcing it into the table. If the clearance is too large, the compriband will not be able to do its sealing job properly.

We check the squaring and the levels of the frame well and screw the frame on the board. Attention: we NEVER put screws on the lower part of the window. This is where the water may stagnate (because of gravity) and if we make holes in this place to put a screw, the water may seep here.

On the outside side, it is necessary to pay particular attention to the lower part of the window: the window sill.

This room must be well connected to the window frame without the possibility of water infiltration. It allows the evacuation of the water that flows on the window in case of rain for example.

The curtain wall must be laid with a slope of 10 to 15% towards the outside so that the water can drain well and not stagnate near the window at the risk of seeping in.

We then finish the sealing of the window by making silicone seals especially on the lower parts, outside AND inside.

On the inner side, it is necessary to reassemble the seal on each side for 15 or 20cm to avoid water infiltration. 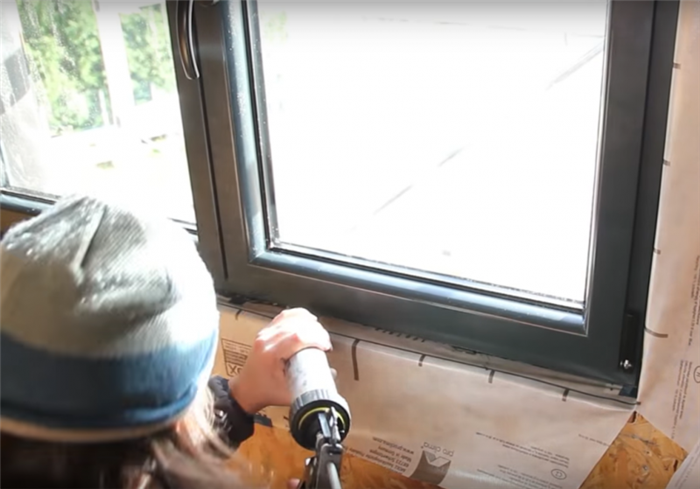 On the outside, it is necessary to make the joints between all the elements of the window: the flap, the flap, the painting and the frame over the entire height.

Problems of water infiltration and leakage at the windows

As we told you at the beginning of the article, despite all our precautions, we had an infiltration problem on one of our windows.

During heavy rains, we noticed small pockets of humidity on the steam brake just below the bedroom window. We immediately thought of a water infiltration problem related to the window.

But once everything is put down, it is not obvious to go back to the source of the leak! We searched for quite a long time, inspected every nook and cranny, every joint, etc. It took several rains for us to be able to determine more precisely what was going on.

In fact, water managed to seep into the window frame through a small bead in the joint of one of the casements. Then, it stagnated in the lower part (fortunately, we had not made a hole in this place to put screws, otherwise the infiltration would have been even worse!)

As the water was trapped here, it did not end up seeping into the corners of our aluminum joinery, the original tightness of which was not exemplary.

Once the leak was understood, the hardest part was done, all that remained was to remedy it 😉

Correct the problem with the tightness of the window

First thing to do, plug the water entry point!

So we redone a silicone seal on the flap which was a problem to prevent water from seeping in here. While our glue gun was out, we took the opportunity to redo “safety” seals everywhere outside the window, just to be able to sleep on our two ears 🙂

Then, we made joints in the corners of the frame. So if the water seeps in and stagnates again in the lower part, it should not be able to leak into the corners.

We then waited for several rains and checked each time that everything was ok, that the sealing was good and that our repair was working well.

The problem being solved, we were able to proceed to the next steps without fear of a moisture cell on our wall finish!

Сontact us
If you are not satisfied with the quality of the work of windows or a clear breakage of the window - call us!✌️

REPAIR OF DOORS AND WINDOWS NEAR ME

REPAIR OF FOGGED WINDOWS NEAR ME